Whilst a lot has changed in the last 100 years, Newton Abbot's Queen Street and the site of Coast & Country's office is surprisingly recognisable. Whilst almost nothing in the photo retains the same use it had in 1918, the buildings themselves are mostly unchanged. Coast & Country was at the time a restaurant, the church is now home to WBW Solicitors - incidentally both C&C & WBW are celebrating 30 years in current premises this year. Complete & Low Cost Carpets, as well as the flats above formed part of the building which, in 1918, was the Imperial Electric Theatre and Coffee Couture was home to tearooms. 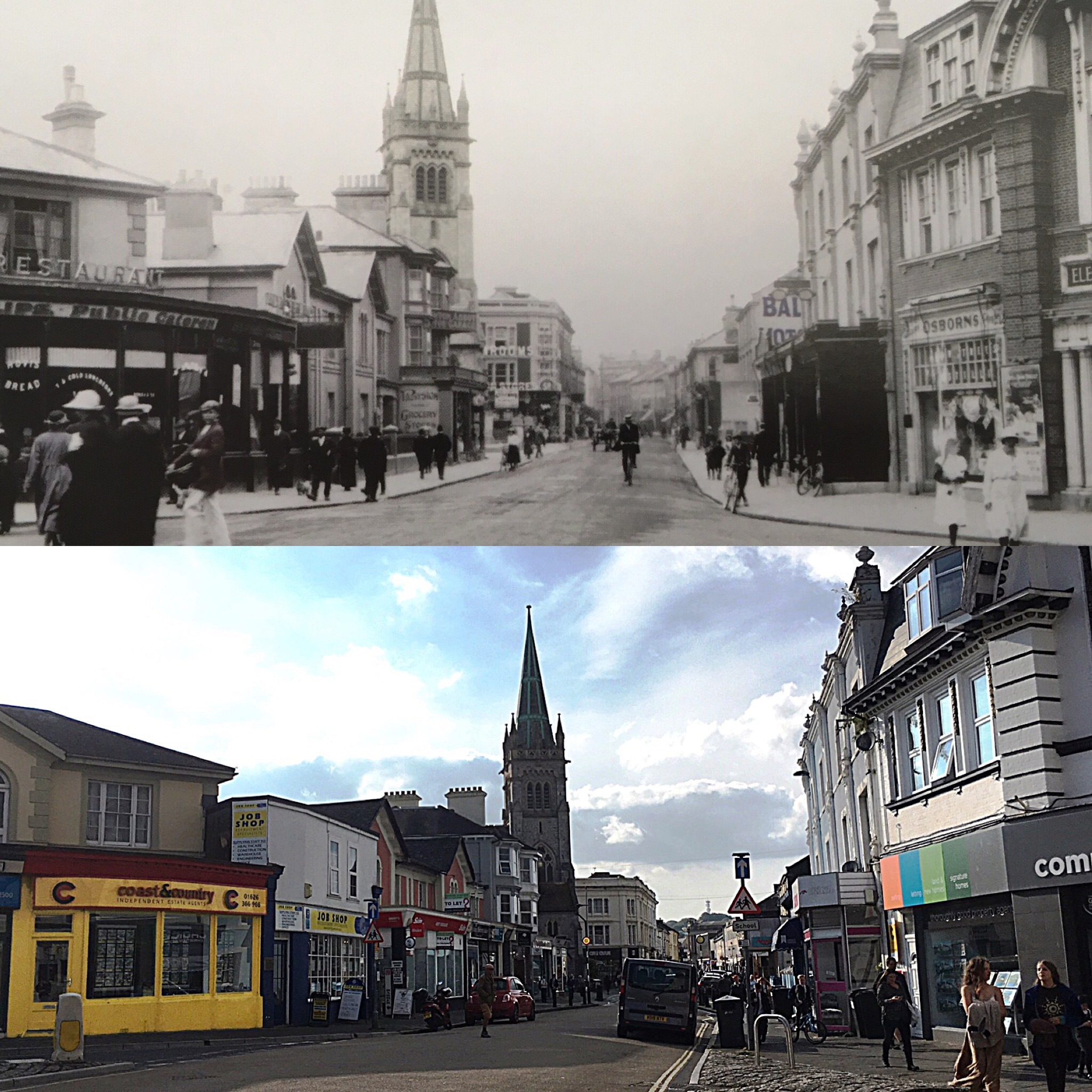